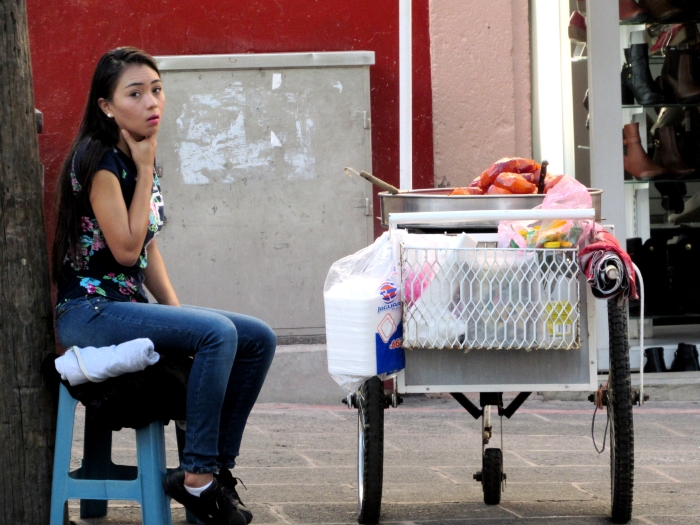 ANY OF THE three words in the headline puts me at risk of being labeled a Mexican Harvey Weinstein, but I don’t care.

The Day of the Dead festivities are getting under way here on the mountaintop. A canvas roof supported by steel posts is being erected around the main plaza.

The only “Dead” items on sale as of Thursday were sugar skulls, which are always the first things to appear. I could have photographed them, but everyone does that, so I opted instead for the girl selling sweet potatoes.

By this weekend, the entire plaza will be chockablock with goodies of all descriptions, some having to do with The Day of the Dead, but most will be varied artesanías (handicrafts) from our area and farther afield in Mexico.

The event is well organized, which is more than you could say when I arrived here in 2000. It was a mess. There was no canvas roof around the plaza, and much of the stuff on sale was the sort of crap you’d find at a five-and-dime in Omaha.

We’ve upped our game in a good way. You can buy some really beautiful things now to take back to wherever you came from, and lots of people come. Traffic gets nasty.

But you can eat sweet potatoes.