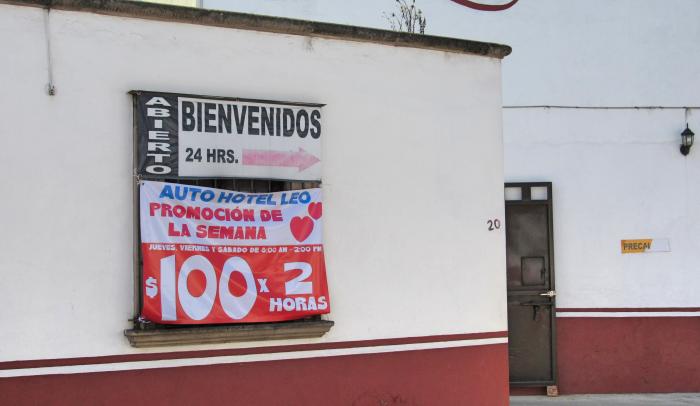 THE SEX MOTEL next door is offering a Valentine’s discount this week, two hours of heavy breathing and howls for 100 pesos (about $5.50 U.S.), the price of a sleazy hooker in West Virginia. But here it’s BYOP, bring your own partner.

Valentine’s Day has additional meaning for the two of us at the Hacienda. It was on Valentine’s Day in 2002 that I first overnighted with my future child bride in her condo in Mexico City. We consider it an additional anniversary, the other being the official one when we legally married here in April of that same year.

That first Valentine’s was a night I’ll never forget in large part due to the godawful supper she served up. Not knowing my culinary preferences at that point, she figured she couldn’t go wrong with meat. Men want meat! What she plopped on my plate that night resembled a Meatloaf from Hell. And I ate it.

It was dreadful, but we laugh about it now.

My stomach was churning the rest of the night, which rather put a damper on the other activities I had preferred to focus on. Oh, well. It was worth it.

22 thoughts on “The Valentine Meatloaf”